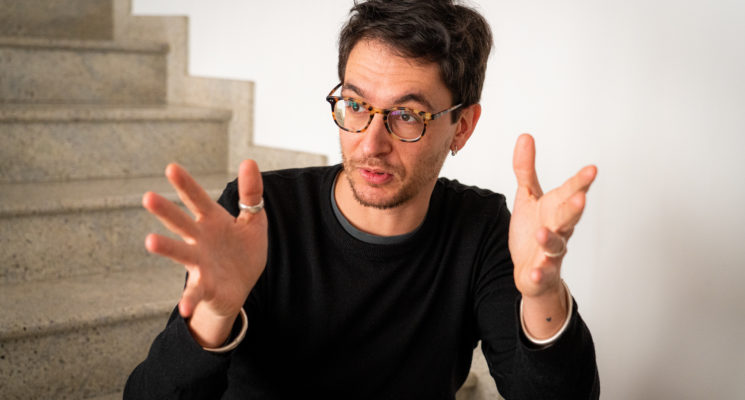 He received a postgraduate certificate in Digital and Visual Cultures from ISCTE Lisbon (Portugal, 2011) and obtained a Master of Arts in Visual and Media Anthropology from Freie Universität Berlin (Germany, 2013). He then moved to the US in 2014 and he has been living there for the last few years continuing to do what he loves the most: traveling and filming.
Before moving to the US he has been living and studying in France, Germany, Greece, The Netherlands, Portugal and Spain. While holding a strong affection for Italy where he was born, he travelled extensively, South America, the US, as well as Cape Verde, Egypt and Ethiopia.
Francesco speaks fluent English, Spanish, Portuguese and French, as well as conversational German and, of course, Italian.

He strengthen his skills working as a freelance director, cameraman, editor and producer for 10+ years in the field.
Visual anthropology allows him to unify his love for traveling and intercultural exchange with the creative endeavor of documentary filmmaking.

“My life has been heavily forged by the arts. While watching the world unfolding through my camera’s viewfinder, I engage with local communities to faithfully portray their stories. Adapting, documenting, and editing other people’s stories is what I love to do the most and drives my everyday practice.”